This year’s Workshop for Experimental Blood and Marrow Transplantation took place in Schweinfurt, a town on the river Main near Würzburg. 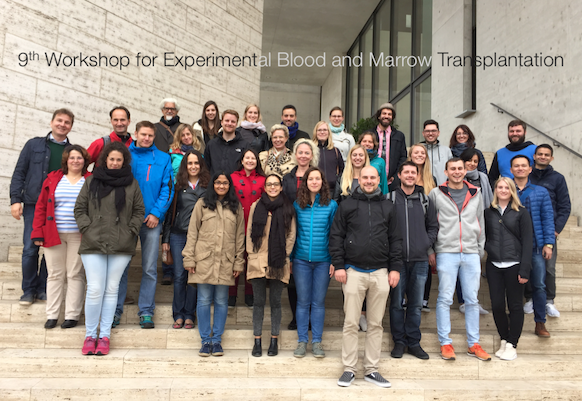 From September 19th to 20th, 2017 cellular immunotherapy, graft-versus-host disease and inflammation, tumor immunology and immune responses against infections were in the focus of 20 research lectures and seven poster presentations by young scientists from four different universities. This year’s meeting was hosted by the Beilhack lab.  Three other active research groups joined from the Charité Berlin, and the Universities of Frankfurt and Freiburg. The Interdisciplinary Center for Clinical Research (IZKF) Würzburg generously supported this interdisciplinary young investigator meeting. Originally, this workshop had been inspired by the annual Stanford immunology retreats in Asilomar, California, which were always highlights for Robert Zeiser and Andreas Beilhack during their postdoctoral training at Stanford University. After returning to Europe the Zeiser and Beilhack labs initiated an annual two-day scientific workshop together with the young research labs of Evelyn Ullrich and Olaf Penack: Once a year these four research teams meet to discuss recent research progress and new perspectives in the field of hematopoietic cell transplantation and immunotherapy. Beside an intense scientific program there was also time for a brief visit to the Georg Schäfer Museum to enjoy Central European art from the 19th century. Already we are looking forward to our 10th workshop, which will be held near Frankfurt am Main in 2018.